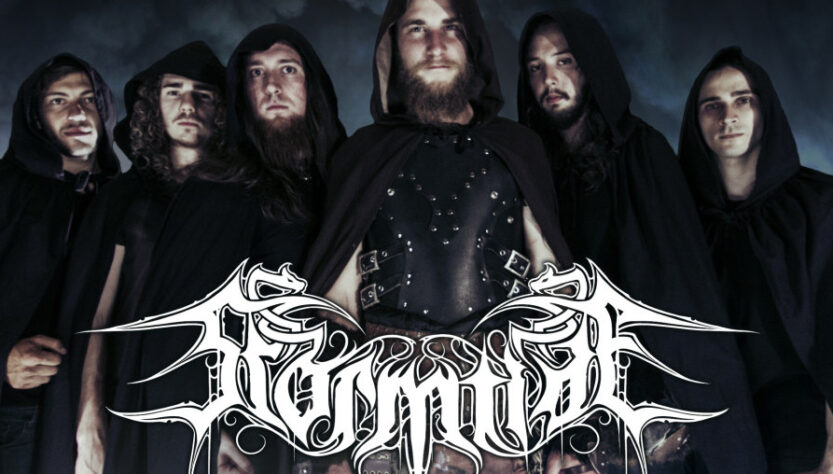 STORMTIDE is a High-Fantasy inspired Symphonic Death metal band formed in Melbourne, Australia in late 2013. Since that time STORMTIDE has toured extensively to the major hubs in Australia including Sydney, Adelaide and Dubbo – playing alongside elite international artists such as Eluveitie, Finntroll and Gloryhammer as part of various tour support endeavors.

Described as “Fantasy Metal” by most, STORMTIDE combines heavily orchestrated movements with uniquely heavy guitar and drum work. Paired with deeply guttural vocals, an intense live show involving swords, sorcery and stylish full plate armor and an intricately woven story centering on the adventures of the Warrior, the Prince and the Magician.

Having released the critically acclaimed EP “A Skald’s Tale” and the highly lauded “As Two Worlds Collide” single, both available for streaming and download at the bands Bandcamp page.STORMTIDE has spent the better part of three years perfecting their debut album. Which will make it’s appearance on US label Metal Hell Records in the summer of 2016 on CD and Digital.

STORMTIDE has become a staple of the Australian metal scene and is now setting its sight on shores beyond.

I Sator firmano per Argonauta Records